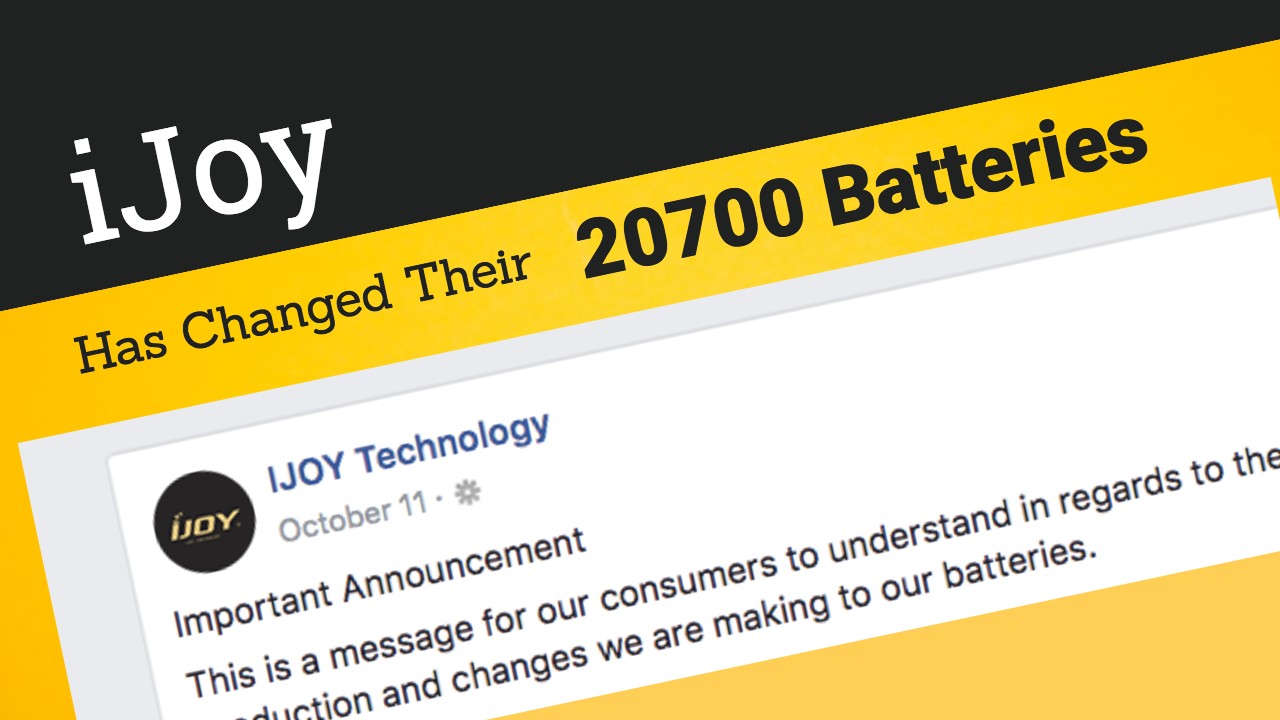 Back in April of this year, 2017, Mooch ran some tests on the iJoy 40a 20700 battery. He found that while it was overrated at 40amps, it does seem to be a good battery at 30a and is accurately rated at 3000mAh. The market for 20700 batteries is small, so there aren’t a lot of good brands to choose from who make them, so ever since Mooch’s tests, the iJoy’s 20700 has been one of the most popular and top recommended 20700 sized battery.

In early October, however, iJoy changed the cell – same wrap, different battery. Mooch ran some new tests and unfortunately, it looks like it has lost quite a lot of performance. He rated the new batteries as 15-20a, with a capacity of 2800mAh, and it also has a lot of voltage sag.

There’s a really easy way to find out if you have the good ones or the new poorer performing ones – the older good ones have 5-prongs on the positive end, while the new ones have four prongs.

iJoy sent out an announcement once the news broke saying that it’s true that there are now two versions of their 20700 batteries on the market.

They gave a couple of reasons for this. For one, due to current high demand, they are no longer able to keep up with production. They have also experienced an increased cost of materials.

To account for this, they are now packaging kits with the 4-leg version, but they still plan to sell the 5-leg version separately. They also explained that they didn’t have time to get new wraps for the 4-leg version before they started shipping them out, so that’s why they have the original labels on them. They said the new ones will have a different label on them, but they didn’t say when that would start if it already hasn’t.