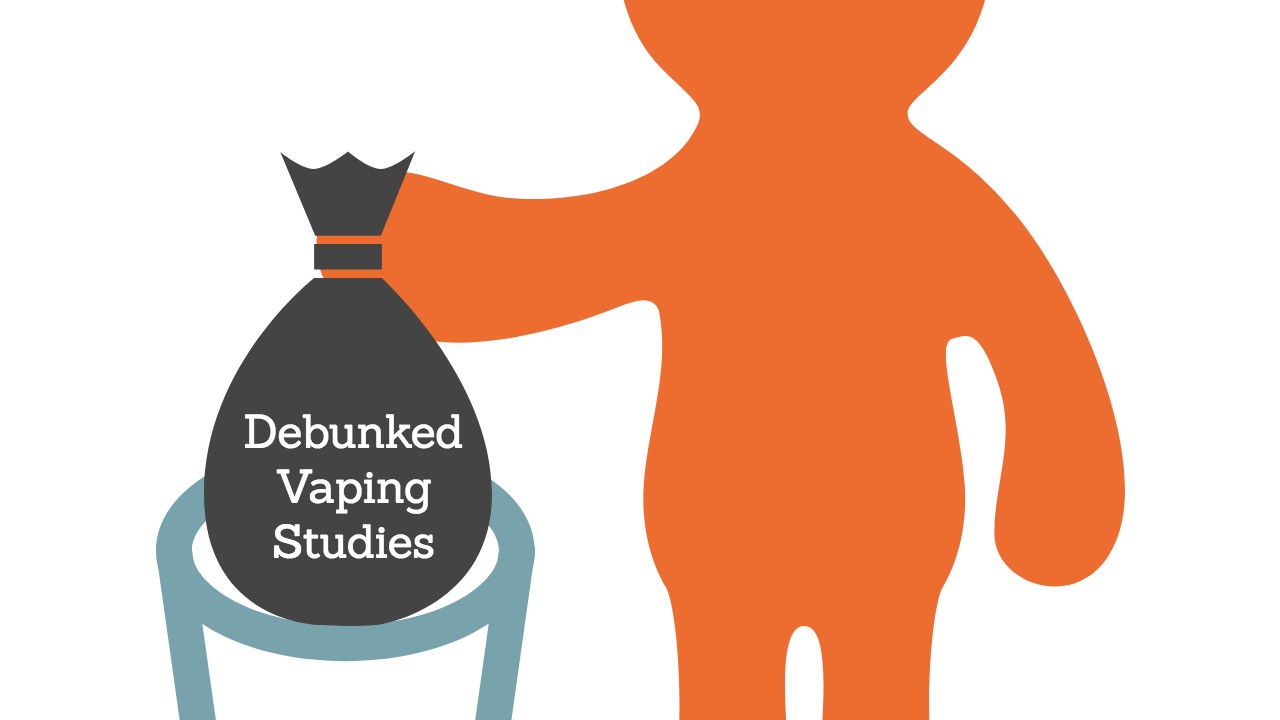 Just about everyone is familiar with the infamous formaldehyde study. That’s probably the biggest and most well-known study ever done on vaping. It’s brought up at least once a week on popular vaping Facebook groups and online forums, despite it having been debunked many times and in many ways.

If you’re not familiar with it, this study was published by The New England Journal of Medicine in early 2015. The researchers found that in their tests, vaping produced large amounts of formaldehyde, which is a known carcinogen.

It turned out the researchers didn’t understand how vaping worked. They used a low-quality CE4 atomizer, with a 2.1-ohm coil, hitting it at 5 volts for 4-second puffs every 30 seconds. They were heating the atomizers to the point of the wicks drying out and burning, which no person would ever do in real life.

This study came out right when vaping was really starting to take off. To most people vaping was still fairly new, even to researchers. And the researchers in this study used methods that were entirely unrealistic. Then they published the results for the media to go nuts with. And it worked. The media jumped on it and ran stories every where about how vaping could be even more dangerous than smoking.

The vape community and many scientists quickly pointed out the errors in the study, but the authors ignored it and damage was already done.

That’s the basic history of it.

But now, a new study has come out that directly dispels the formaldehyde myth.

88% of the time, dry puffs were recorded at around 4.2 volts, so the researchers determined 4.0 volts to be the maximum realistic setting that a person would use. That’s far from the 5 volts that the original team used and is still much higher than a vaper would typically use with that specific setup.

Farsalinos found that formaldehyde was detected at as low as 3.3 volts and at much higher levels at around 4 volts. Using this equipment, the daily exposure of consuming 3 grams of e-liquid, or about 3mls, is 32% lower than smoking an entire pack of 20 cigarettes.

Interestingly, Farsalinos used real people in this study. And what’s funny is that none of the participants were willing to try this setup at 5 volts because they knew how bad of a dry hit they would get.

I’d be really interested to see what kinds of results researchers would get with the devices we use today.

Anyway, hopefully, this settles it once and for all.