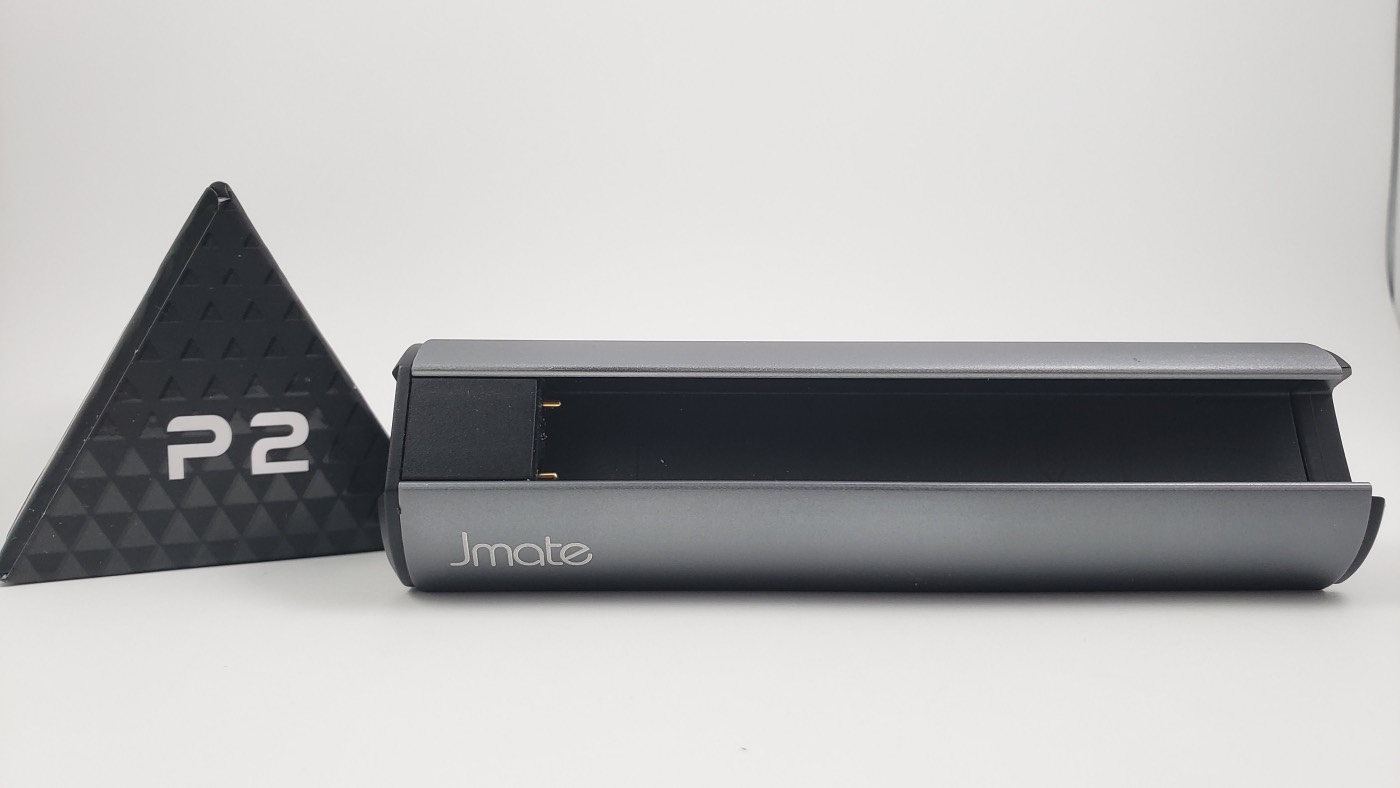 The Jmate P2 was sent to me for review from Jmate.net. Get it here. I reviewed their original version, the Jmate PCC, a while back and I really liked it (see that review here). I still use it actually. Not a whole lot, because I don’t really use my Juul much, but I do use it here and there and for any of you who have a Juul, you know that the battery life sucks, so having the Juul connected to a portable charger is really useful. So anyway, let’s talk about this new model. And what I really like about the P2 compared to Jmate’s previous model is that you don’t have to remove the pod from the Juul to plug it in. The slot is long enough to hold the entire thing so you can just pull it out and start vaping. One of the things that annoyed me most about the Juul when I was using it a lot, was that I would always have spare pods in random places, like at my desk at work, in various pockets of my backpack and so on. So what’s really handy about the Jmate P2 is that there’s a slot on the side that holds three pods. So with the pod connected to the Juul, in all, you can carry four pods. And the pods stay in place firmly, so they don’t slide around or anything. The battery inside the P2 is a rechargeable 800 mAh battery. So that’s about 7-8 full charges of the Juul. That’s a lot of battery life. You won’t have any worries about your Juul dying on you throughout the day as long as you keep it plugged into this charger. The P2 charges at 1amp, which is pretty good, and it also charges the Juul at 1amp.

There are four tiny LED lights on the bottom of the P2 and that tells you how much charge is left in the charger. To charge the charger, you can use the included micro USB cable that comes in the box. The size is probably one of the biggest drawbacks of the P2. It’s definitely a lot bigger than Jmate’s PCC charger. But it’s actually not all that bad. It’s about the size of a typical mech mod, so you can definitely keep it in your pocket without it being too noticeable.

It’s also really light since it’s made entirely of aluminum alloy and plastic. It only weighs 53 grams, so that’s about as heavy as a golf ball or two AA batteries. It’s light.

That’s pretty much all there is to say about it. It works well, it has a large battery, it charges fast and charges the Juul fast, it stores four pods, and it’s lightweight. It’s a nice charger for the Juul.