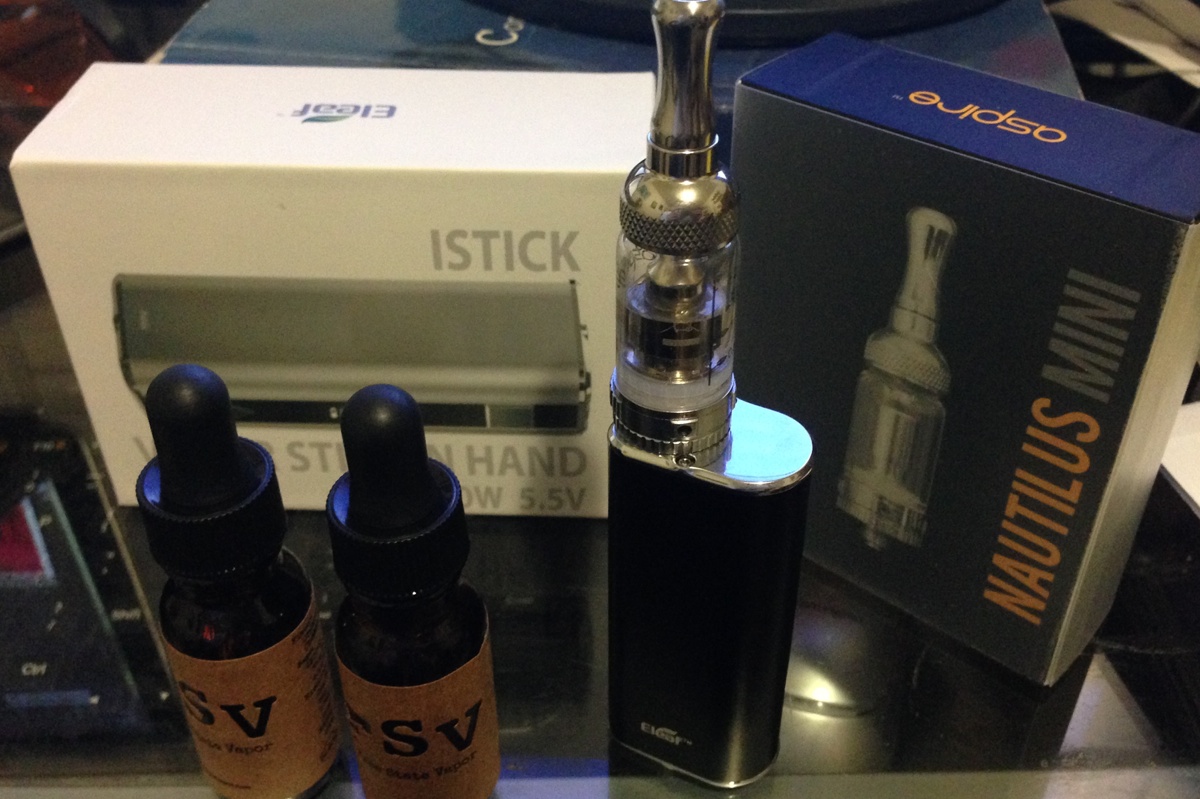 – I bought my first electronic cigarette way back in 2010. It was one of those old-school “cigalikes” that were designed to look and feel just like a cigarette. I got it from a company called Green Smoke for about $200! Yep, a $200 cigalike battery! It was the best thing on the market in 2010.

I bought it for the sole purpose of helping me to quit smoking because all of the other ways I’ve tried to quit before just didn’t work. So that little e-cig was my last resort. And guess what?

And that’s why I started this blog (although under a different name back then). It worked so well for me that I wanted to help other people get off of cigarettes too.

I haven’t smoked a cigarette since then. I even quit vaping about 3 months later. Five years after that I was still a non-smoker and until 2015, a non-vaper too.

Why I Started Vaping Again in 2015

I work in marketing and I just started doing work for a well-known vape e-commerce store. I couldn’t believe how far vaping had come in those last five years! Devices were a lot more powerful, they had more features, there were refillable tanks, and even rebuildable tanks and atomizers. And as part of my job, I had to do audience research for my new client. So I dug into what was going on in the industry and I found tons of hobbyist blogs and YouTube channels. The hobbyist aspect really interested me.

But I was also worried about the negative health effects of vaping. At that time, I didn’t know a lot about the science behind vaping and nicotine. Well, I also run a health and fitness blog and it just so happened that it was around this time that medical experts were developing a lot of studies and posting research about nicotine. I learned that there were actually benefits of nicotine. Nicotine is actually not too different from using something like coffee for cognitive enhancements. Nicotine can improve coordination, memory, and reaction time. It also only lasts a couple of hours so it won’t impact your sleep if you use it at night. You can learn more about that here.

And when nicotine is vaped, rather than smoked, it doesn’t cause the same harm as a cigarette. Public Health England even later confirmed that vaping is 95% less harmful than cigarettes. I felt comfortable enough in my initial research that I decided to go ahead and buy my first vaporizer.

I did a lot of research online, mostly on the vaping subreddit, and everyone was recommending that beginners start with the 20 watts Eleaf iStick device and Nautilus Mini refillable tank, so that’s what I went with. There are even far better products today but that was the best in those days.

The cheapest deal I could find for the Eleaf iStick was $25 and I also bought a couple of bottles of high-nicotine e-liquid for about $11 each. So it was way cheaper to get started than it was in 2010 too. I was way off on the nicotine strength for a beginner though. 18mg was rough. I later found that 9mg was more comfortable for me and today I use 6mg or 3mg.

If you’re interested, I recorded myself unboxing it and trying it for the first time.

When I bought my iStick in 2015, the idea was to use it as a tool for cognitive enhancements. I would use it at work when I had a difficult project to think through or at home before researching and writing a blog post. So not really that often. I used it only maybe 1-2 times per week.

But over time, vaping became a real hobby for me. I loved everything about it; the flavors, the constant influx of new and evolving products, and I still wanted to help people quit smoking. So I became a product reviewer. I vape more often now than I had intended originally but it’s not a lot. I rarely vape during the day and only a little at night when testing products. Plus, with the research that has come out, I still feel safe doing it, so I’m not worried about it anyway.

So that’s my story! What’s yours?