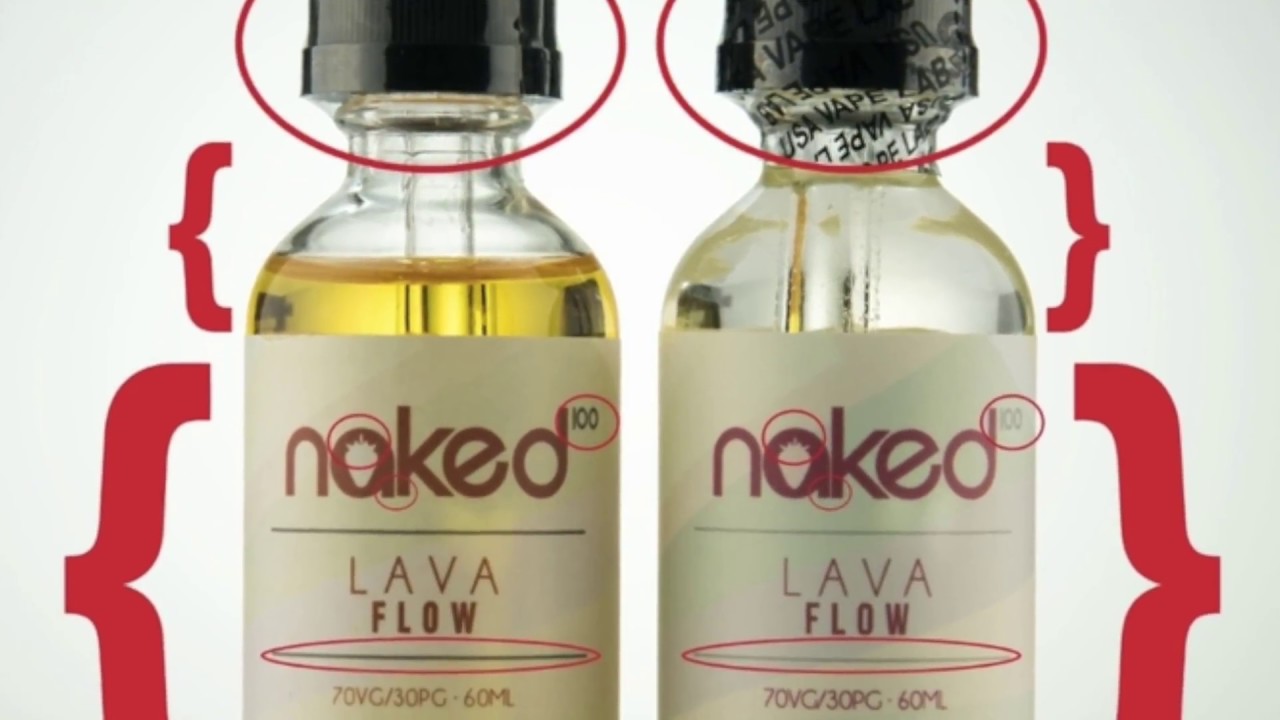 Update (08-10-17): Here’s the official page on their website with the latest information about identifying counterfeits

USAVapeLab, the creators of the Naked 100 e-juice line, sent out a notice to customers about counterfeit versions of their e-juice on the market and they posted pictures showing how to identify a counterfeit bottle from an authentic.

And they have added two new features to identify authentic bottles:

Those are two new features, so if you don’t see them on your bottle, that doesn’t mean you have a fake, but just something to keep an eye on.

Complete Counterfeits of E-Juice Is Rare

Counterfeiting in the vape industry has been around for a long time, but it’s usually on hardware, not with e-juice. Companies stealing e-juice recipes from sites like E-liquid-Recipes.com and selling it isn’t unheard of, but stealing a recipe, along with the label and everything else is something I’ve never seen. It’s also illegal.

This is crazy and it’s also a little scary because who knows what’s in this e-juice, who’s making, and where it’s coming from.

This is also bad for the Naked 100 brand. Not only is USAVapeLab losing money, but if someone buys the fake and doesn’t like it, they might think that it’s terrible e-juice and never buy it again. They might even give it a bad review, not realizing that it’s not the real thing.

There are several Naked 100 clone recipes on the internet, which personally I think is fine because these are people’s best guesses, not exact recipes. But to take one of those recipes and counterfeit the e-juice down to the label, that’s too far.