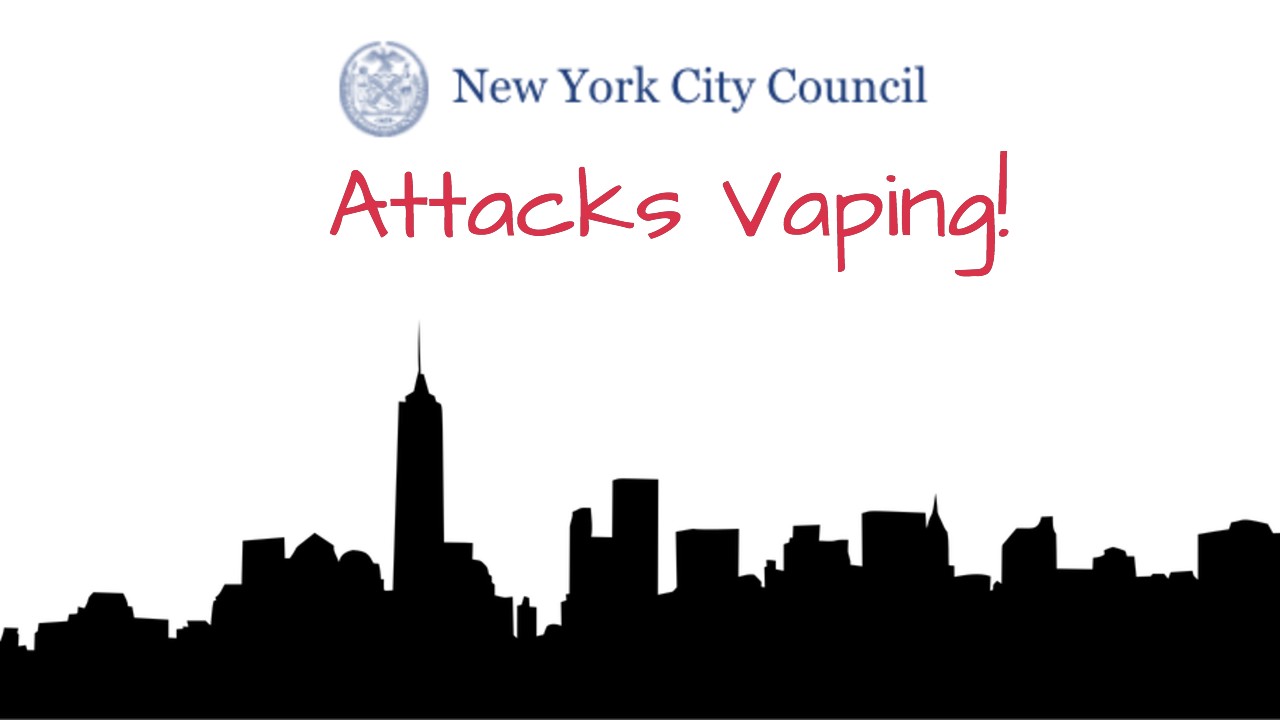 The first one is 1544-B, an amendment that puts a 10% tax on tobacco products other than cigarettes, which includes e-cigarettes, and sends the proceeds to public housing. This law was passed by the city council and is waiting for the mayor’s signature. Something interesting about this bill is that it also states “Retail dealers of cigarettes and e-cigarettes would also be prohibited from delivering cigarettes, tobacco products, and e-cigarettes to consumers under this bill.” I didn’t know that cigarette/e-cigarette delivery was a thing, but if anyone was doing it, they can’t anymore.

The second bill is 1547-A, which puts a cap on how many tobacco retailers are allowed in the city. Actually, it limits the amount of tobacco retail dealer licenses, but it’s essentially the same thing. The cap has been determined to be half of however many licenses are already in effect at the time the bill is passed. This one has also passed and is waiting for the mayor’s signature. The district caps don’t affect any retailer who already has a license. Those people will be able to renew their licenses as usual. So they won’t be taking licenses away, but I think this can be interpreted to mean that no tobacco retailers, including vape shops, will be allowed to open until retail licenses are below the new cap, which practically means never.

A third bill, 1532-A, does basically the same thing that the last one, 1547-A, does, but specifically targets electronic cigarettes. This one requires that anyone selling e-cigarettes has a license to sell them. This also caps the number of electronic cigarette dealers to half as many as already exist. And also like the last one, this doesn’t affect anyone who already has a license.

A fourth bill, 484-A, prohibits smoking and vaping in common areas of public housing, such as apartment buildings, that have fewer than ten units. This is already a law in buildings with more than 10 units in NYC, so now they are covering the rest. A common area would be defined as areas like lobbies, stairways, roofs, and parking lots.

And finally, 1585-A, which requires that any rental building have a smoking policy, including apartments, co-ops, and condos. The bill doesn’t impose specific requirements in the policy, it only requires that rental building have one. The idea behind this is that potential tenants know whether or not they will be living in a building that allows or doesn’t allow tobacco use. I don’t see anything wrong with that one.

So yeah, the New York City Council went to town on electronic cigarettes earlier this month. The biggest issues are mainly the 10% tax and the cap on vape shops. That 10% tax really sucks, for sure, but the new cap on vape shops is huge. Consumers can still buy online, but no more vape shops can open in the city. This will severely limit access to smokers who want to seek a less risky alternative to smoking. If any vape shops go out of business, a new one won’t be allowed to open in its place, because the cap is at half of currently exists. It might be years or even decades or more before enough shops close to the point where more licenses can be given out.