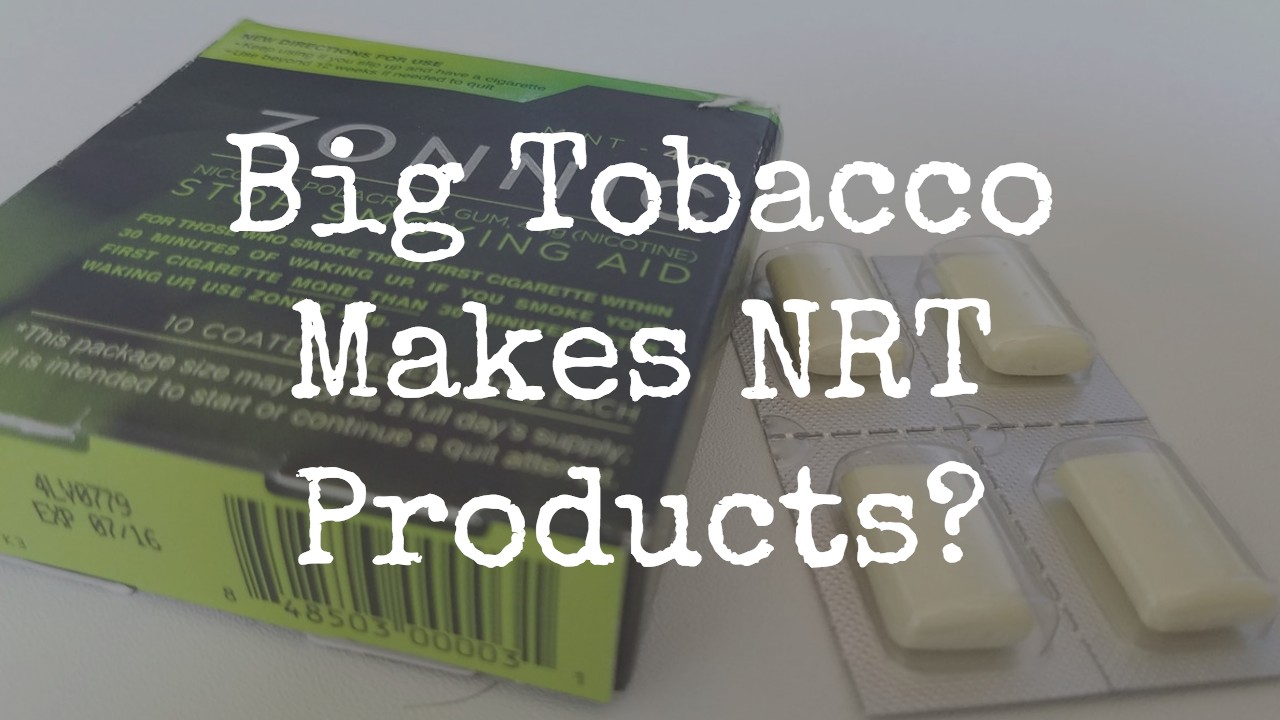 Researchers at the University of California San Francisco conducted a study designed to understand why tobacco companies shifted from seeing nicotine replacement products (NRT) as a threat then eventually to a business opportunity.

What they claim to have found is that tobacco companies have known for decades that NRT products like nicotine gum, lozenges, sprays, and patches, hardly ever work when they aren’t used in combination with counseling. Knowing this, tobacco companies started to sell it.

This study is reporting that the tobacco industry discovered this and found that smokers would end up using NRT products along with regular tobacco products. Big Tobacco eventually started to see NRT products as just another product to make money on, so they started manufacturing and selling it themselves.

Well known anti-vape activist Stanton Glantz, a UCSF professor involved in this study, says that this shows that nicotine needs to be regulated in all tobacco products, including NRT products like patches, gums, and electronic cigarettes.

What’s interesting about this study is that Stanton Glantz was a coauthor and everything Glantz does is biased. He performs studies that give him the outcomes that he seeks. In this case, he has created a study that tries to make NRT products look bad by relating them to the tobacco industry. And anything related to the tobacco industry is instantly seen as bad by the public, regulators, the media, and even us vapers.

I’m not arguing that what Big Tobacco has done here is not a bad thing. They saw an opportunity to keep people using nicotine to make more money. Believe me, I can see the conflict in this.

I’m just saying that Glantz knows exactly what he’s doing here and it’ll probably work. Many of us know that NRT products don’t work, which is why we vape. But that’s not the issue here. Glantz doesn’t care about harm reduction, he wants complete prohibition of nicotine.

That’s another thing I disagree with. I don’t believe nicotine is the enemy. It’s cigarettes. It’s becoming increasingly more known that nicotine is not dangerous. Sure it’s addictive, but we’ve seen from other studies that nicotine isn’t as addictive in smokeless tobacco products as it is in cigarettes. Research has shown that vaping, for example, has much less addictiveness than smoking. And while I can’t speak to NRT product like gum and patches, as far as vaping goes, studies have also shown that it’s not a gateway drug.

And when nicotine is not delivered via combustion, it’s not particularly dangerous. Smoking kills people, not nicotine. When used in electronic cigarettes, nicotine gum, lozenges, or other NRT products, the risk is very low.

Anyway, back to the study. Based on this study, what Glantz and his team are suggesting is that NRT products should be changed back to being available only via prescription and with the requirement that it’s used with counseling and then tapered down. This is to prevent what they are calling nicotine abuse. Dorie Apollonio, Ph.D., lead author of the study, was quoted as saying “Tobacco companies put out these products as a way to sidestep policies, by giving people a way to ‘smoke without smoking.'”

That’s extremely misleading. Nicotine delivery without smoking is nowhere near as dangerous as smoking, which to me sounds like is what she’s implying.

And while I agree that FDA-approved NRT products probably have a low success rate, by making it prescription only, it might result in a lower success rate overall with smokers quitting or switching to a less harmful product.

The way I see it, who cares if Big Tobacco saw nicotine replacement products as a business opportunity. There’s no denying that it’s a much safer product. People are going to use nicotine if they want. It might as well be in a minimally risky product. Rather than making it harder to get, maybe it would be better to include a statement on the packaging that shows success rates and letting the user determine the route they want to take.