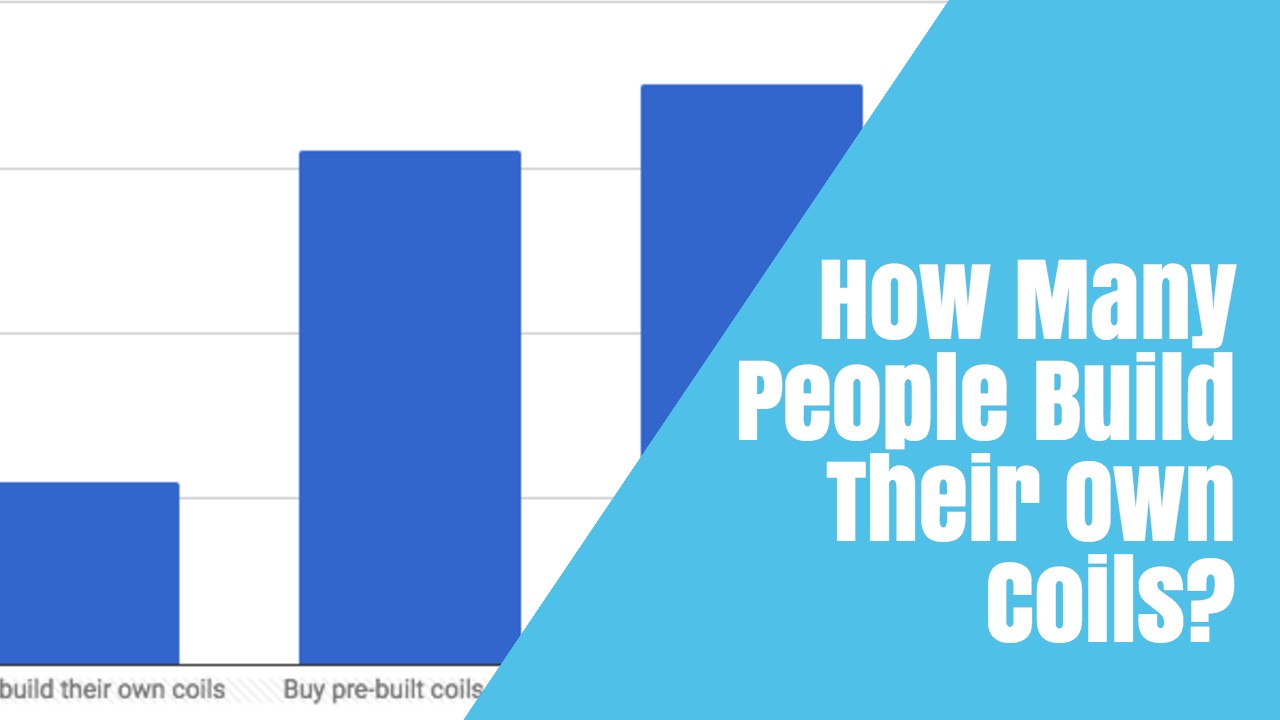 Here a little study that I did myself! During my last giveaway, I ran a poll. I asked entrants to answer one multiple choice question; Do you only build your own coils, buy only pre-built coils, or both. As far as age groups go, the majority of people who use only their own hand-built coils are 30 or under. From the ages 31 and up, these people tend to prefer pre-built coils. I think this makes a lot of sense. When you get into your 30’s, it’s more likely that you have kids, a family, and a full-time job. You just don’t have time to build your own coils all the time, but you may like to do it occasionally.

So yeah, that’s my own little mini-study. Of course, this was very non-scientific and open to errors, for example, some people might not have understood the question and they may have answered incorrectly, and the data was probably skewed towards my particular audience. If someone like Big Lou (who has an audience of hardcore builders and mech users) ran this poll, I think the overall preferences would be similar, but the percentages would be very different.

I thought this was a really fun way of getting some interesting data about vaping. If you have some ideas of other questions I can ask in polls, please let me know. I’ll try to do something like this for all of my giveaways.