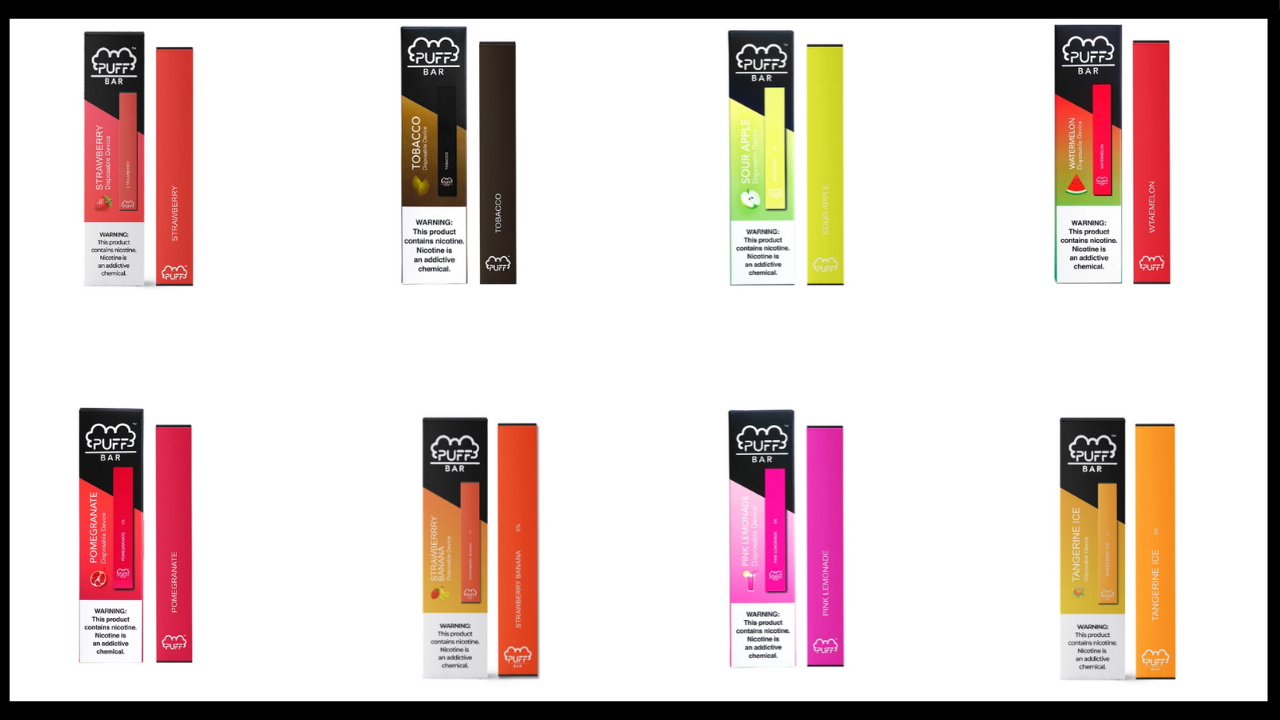 Puff Bars, made a company called Puff, are the new favorite pod device on the market. This is likely due to fact that Juul is no longer allowed to sell flavored options as the result of new FDA regulations. The latest regulations forbid companies from selling pods filled with anything other than tobacco and mint. But Puff Bars get around this restriction because they do not have replaceable pods. It’s a full assembled disposable product that gets used up and then tossed. The regulations have no wording in place to ban flavors in disposable devices.

Puff Bars actually perform a lot like pod devices like the Juul. They are the same size and shape, they have the same battery life (maybe even more), and the pods have about 1.3ml of e-liquid. The user gets about 300 puffs per bar, which is the same as you would get from a pre-filled pod.

The e-liquid in Puff Bars come in either 2% (20mg) or 5% (50mg) salt-based nicotine strengths. This is pretty much the standard for pod devices these days. The salt-based nicotine makes it possible to vape high levels of nicotine without the strong throat hit that you’d get from regular nicotine.

This is what a lot of companies who make pod-style devices say makes it more appealing to smokers looking to quit.

Puff Bars comes in a ton of different flavors, but with their popularity, it might be hard to find some of them.

Puff Bars tend to cost around $9-11 per bar, depending on the flavor. Some vendors are also selling bundles of 10 for a small discounted rate of around $84

Puff Bars are a little pricy, but many people are willing to pay the price to get a device that performs well, comes in many different flavors, and is convenient. And it’s still allowed to be sold on the market while other similar pod devices aren’t.

How Long Will Puff Bars Stick Around

It’s only a matter of time before law makers update the regulations to also ban flavors in disposable products. The biggest anti-vaping groups are currently actively trying to get these devices banned.