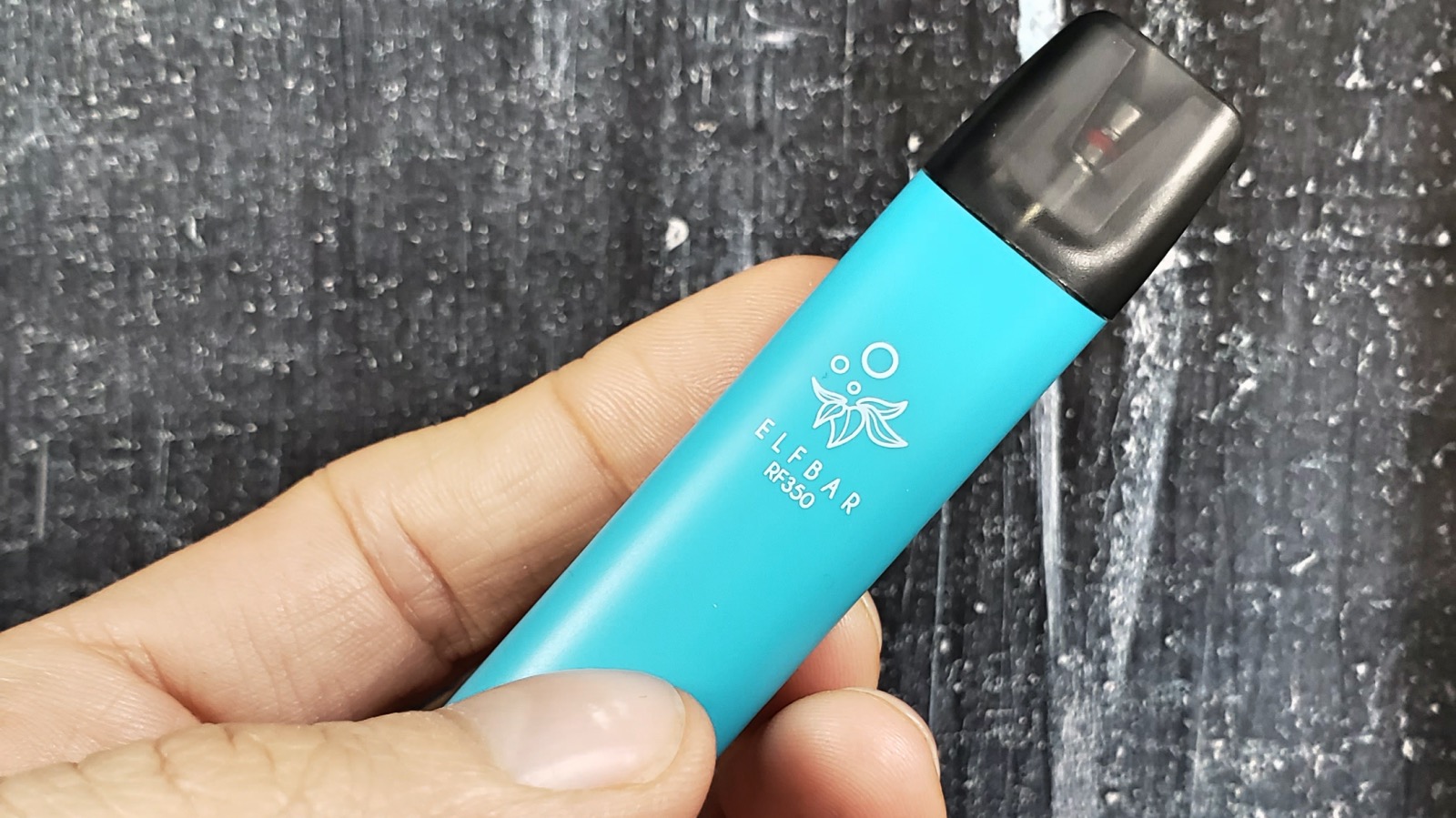 The Elf Bar RF350 pod was sent to me for review from HeavenGifts.com. This is the new refillable version of the disposable ELF bars that came out a few months ago, which I thought were great. Otherwise, though, this is a nice-looking pod vape. It’s sleek and slender and comes in a bunch of different colors.

What’s also really impressive about this device is that it’s only $8.90. I don’t know if that’s a typo because that just seems really cheap. That’s a heck of a deal. Clearly, this device is designed for high-nicotine vaping. Of course, you can use it however you’d like, even with zero nicotine. A 4-pack of replacement pods cost $8.90, which again, I think is a really good deal.

The flavor production from the pods is absolutely excellent. I think it’s just as good as the disposable version, which I also thought was really good. The flavor comes in crystal-clear for me so I think it’s great. The airflow is also pretty much the same as the disposable. It’s a nice restricted draw. It’s not an extremely tight draw but it’s not a loose mouth to lung either. I think it’s right at the level of restriction that I think will be satisfying for most people. I actually really like it. The battery inside the Elf Bar is a 350mAh battery. That might seem pretty small but for high-nicotine, tight-draw vaping, it should be enough to get you through the day. The device is really small and slim too, so there’s some tradeoff there.

It also charges using a USB-C cable, so you get really fast charging. I absolutely loved the disposable version of the Elf Bar so this has been a real treat to test out the refillable pod version. I love that they came out with this because now I can use any flavor I want, I don’t have to create a bunch of waste as I would with disposables, and I get the same awesome performance of the disposables.

This is a very lightweight and super-tiny device, so there are some tradeoffs you’ll have to deal with like small liquid capacity and a small battery. But despite that, it performs efficiently, it’s satisfying to vape, and it should last most people a full day without needing to refill or recharge.

So overall, I’m really happy with it.

The Elf Bar RF350 was sent to me for review from HeavenGifts.com and you can get it from them for $8.90. Learn more about it from ELF Bar’s site here.