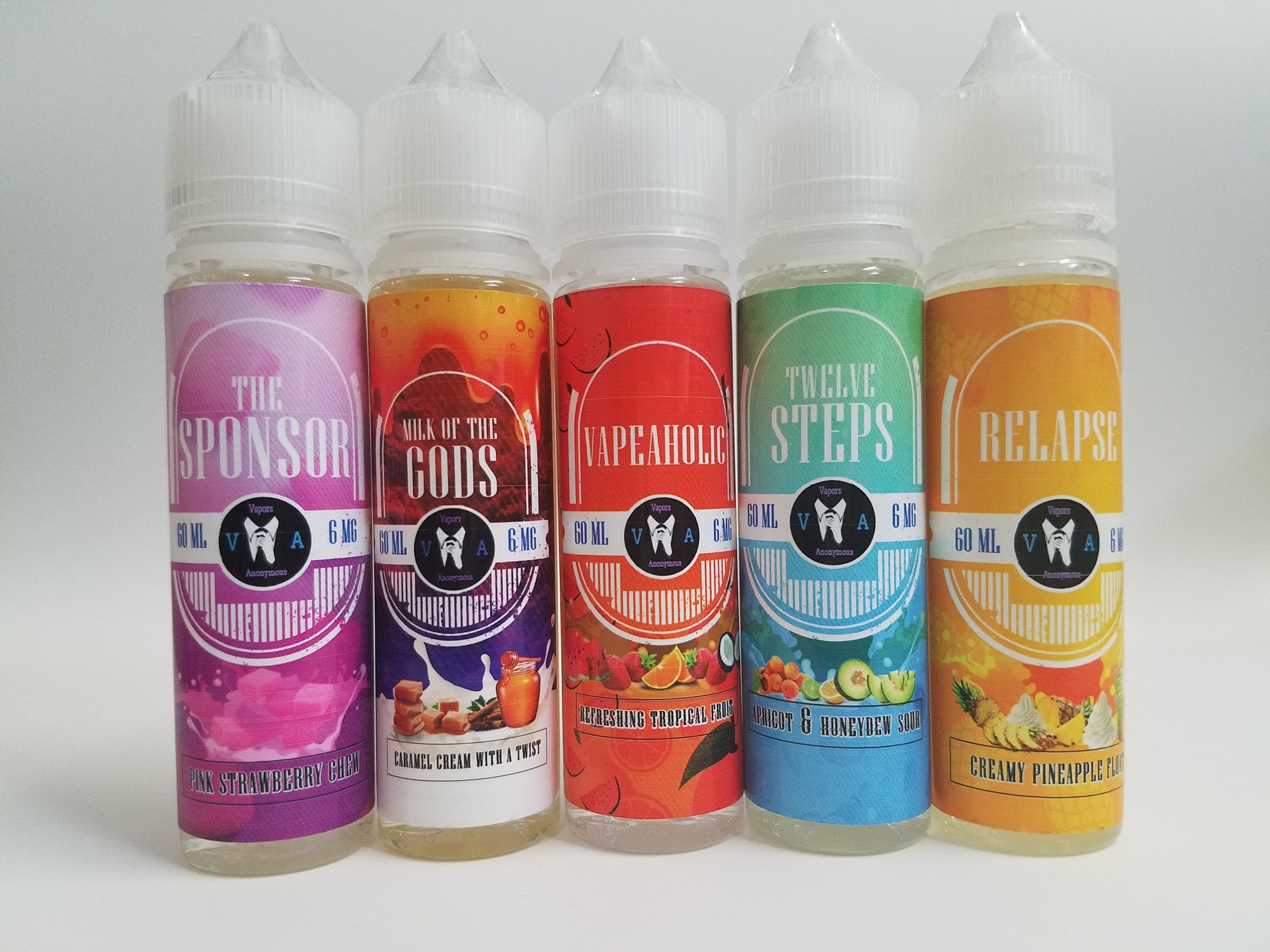 Vapeaholic (affiliate) is described as a tropical fruit blend with hints of orange cream, strawberry, coconut, and watermelon.

Smell: It has a tropical smell. I can smell hints of coconut and orange cream mostly.

Taste: The overall flavor is a little mild. Not very strong at all. I taste the orange cream the most, followed by the coconut, and then just barely the watermelon and strawberry on the exhale. It’s not overly sweet, it’s subtle and really smooth. It’s a nice mix of fruits, but this will be more for those of you looking for very mild flavors. For me personally, I like much stronger flavors.

Milk of the Gods Milk of the Gods (affiliate) is a creamy caramel flavor with a hints of cinnamon and golden nectar.

Smell: In the smell, I really get light caramel with just a hint of fruitiness

Taste: It has just a little bit of a floral flavor at first, but after a couple of hits it transitions into a creamy caramel flavor with hints of honey and cinnamon. The creaminess almost has a milky flavor, which almost makes this taste like a cereal flavor. It’s very good. The honey flavor is pretty light but mixed with the caramel flavor it creates a really unique combo. The cinnamon flavor is so light, that it’s barely detectable, which is nice because it doesn’t drown out the flavors, it just adds a nice touch. The Sponsor (affiliate) is a juicy pink strawberry chewy candy.

Taste: It’s very much a candy flavor. It’s a really smooth fruity flavor, with a light strawberry candy taste. It’s slightly sweet and the overall flavor not very strong, so this is one of those subtle flavors, for those of you who don’t want something too overwhelming. Smell: It has a light tropical pineapple smell.

Taste: This one just doesn’t have a strong enough flavor for me. I like mellow flavors now and then, but this one is just too mild. I get only a slight hint of pineapple, but not really any of that float or creaminess flavor. It’s doesn’t really have any sweetness either, it’s just a mild earthy pineapple. Maybe it’s just me because there are good reviews for this online, but personally, this one isn’t for me. Twelve Steps (affiliate) is a fruity and sour blend, with apricot and honeydew on the inhale and sourness on the exhale.

Smell: It smells fruity with the apricot flavor most noticeable and just a slight hint of sour candy

Taste: The apricot is the most prominent flavor and it’s nice and sweet, but not overwhelmingly sweet. At the end of the exhale I get a slight sourness. I don’t know how to describe the sourness because it’s not like a sour candy, but more like the bitterness of a yogurt flavor, but it doesn’t taste like yogurt. I like it. I can barely taste the honeydew at all. It’s so light that I would never even know that it’s in here, but this isn’t just a straight up apricot flavor, so the honeydew flavor definitely seems to be doing something in here. Similar to the other e-juices in the Vapor’s Anonymous line, this one is a light mellow flavor.