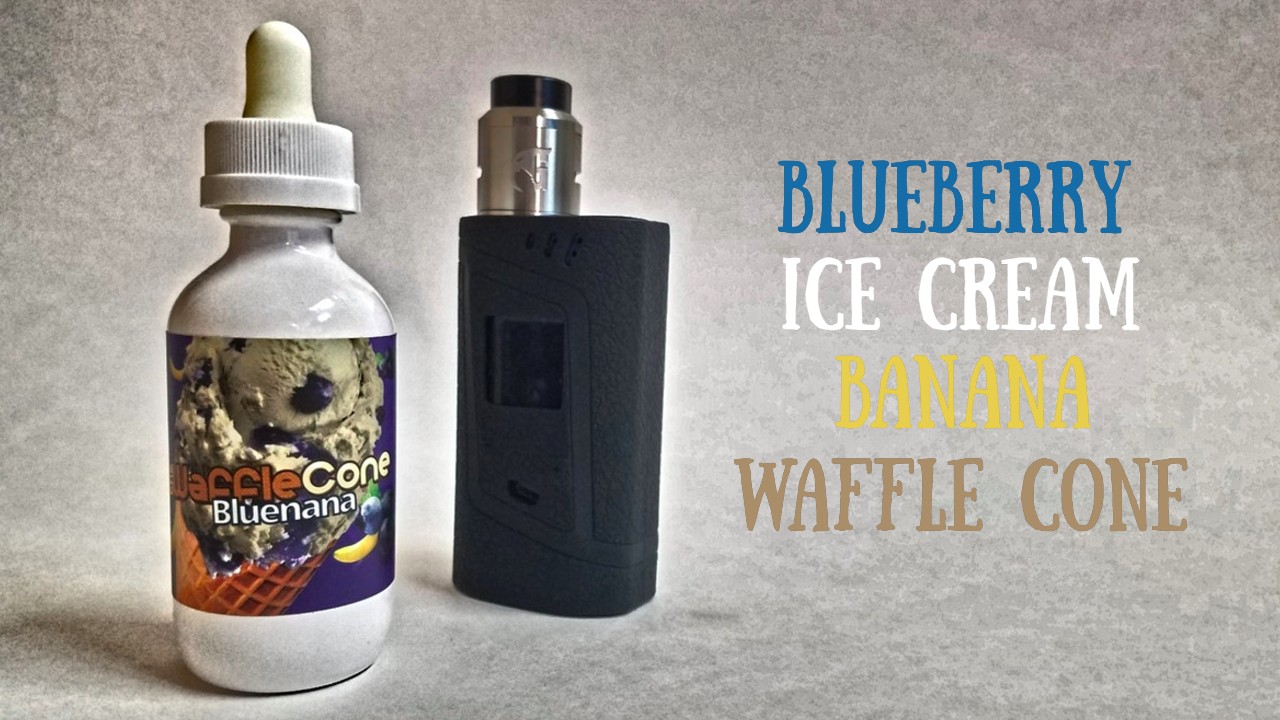 This is made by Cyberliquids based out of Brea, CA.

While I was at work a few weeks ago, there was a big gas leak under the street right next to our building so the fire department evacuated everyone. I decided to walk down to the vape shop and I ended up with The Wafflecone Bluenana.

The box art is really nice and appealing. The bottle itself also looks great. It’s painted white, so you can’t see inside, which kinda sucks, but it looks nice and probably prevents sun exposure, so that’s a plus.

Cyberliquids describes this as “A perfect mixture of creamy blueberry ice cream with mini banana chunks scooped into our signature waffle cone.”

It smells like the name implies – blueberry and banana, but it smells mostly like banana. It also smells really freakin’ sweet. Like sickeningly sweet, which is why I bought it because I love sweet e-juice.

Ok, so the taste. I really like it. It’s not as strong or as sweet as it smells, but it’s still pretty sweet. I can taste pretty much everything that they say is in here. The banana is the strongest flavor by far, followed by ice cream. Those are definitely the dominant flavors. I get the blueberries and waffle cone in the background. It’s good.

I got this in 6mg nicotine and it’s fairly smooth, but it does have a harsher throat hit than I would have expected. It’s not terrible though.

I have noticed that I get flavor fatigue from this fast though and I think it’s because of the sweetness. I can vape maybe 15 hits and then it starts to lose flavor on me, so I have to switch flavors and come back to it again later. But if you like sweet flavors and don’t mind gunked up coils, you might like this one.