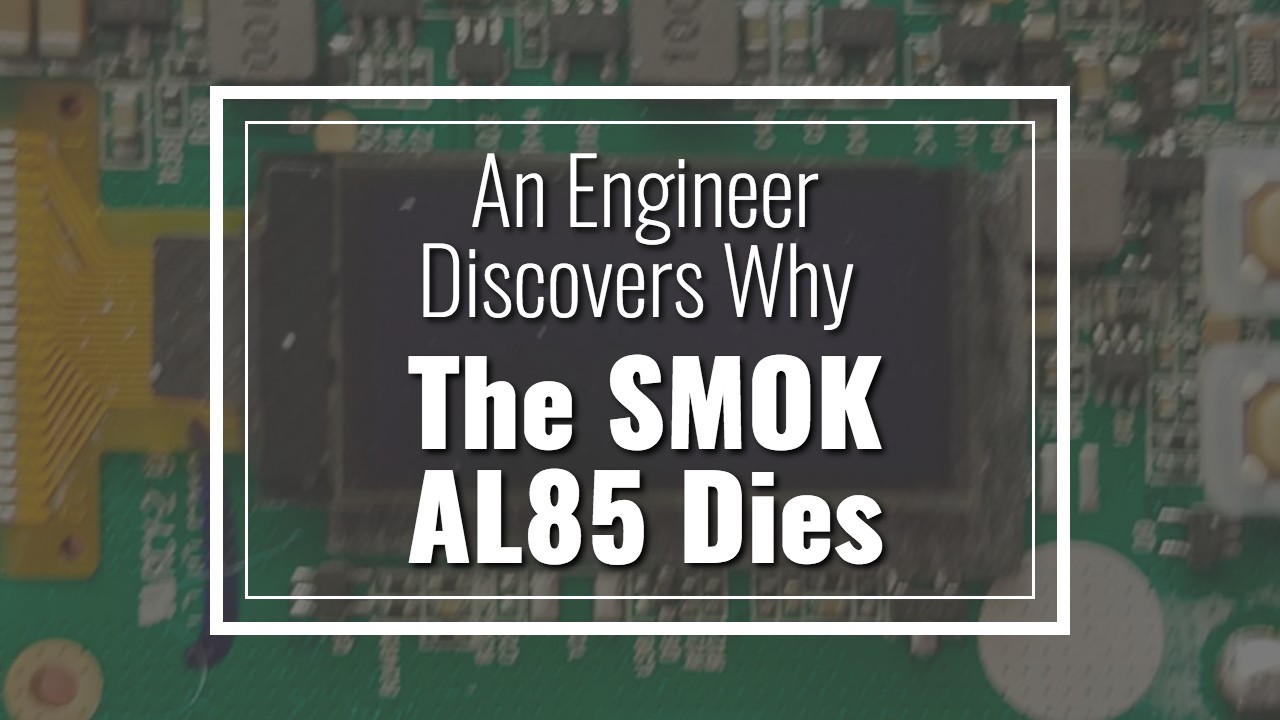 There’s a user on Reddit named /u/BadConductor, who is an engineer that does circuit design and failure analysis in his regular line of work. He also enjoys it as a hobby. So he has started publishing teardowns of devices that tend to fail. He has already done a teardown of the SMOK Alien 220w and he just published a teardown of the SMOK AL85.

The SMOK AL85 has had reports of bricking for no clear reason. BadConductor received one of these dead devices to see if he could figure out what went wrong.

I’m not going to discuss all of the technical details because it’s extremely technical and I’m not an engineer, but he does a full disassembly, a close look at the display, and a complete inspection of the PCB board, including looking at regulator circuitry, MOSFETs, the microcontroller, and connectors. He looks at everything basically.

In the case of the Smok Alien, he provided theories of why the device fails, but he wasn’t completely certain. In the case of the Smok AL85, he said the failure was easy to figure out – the small switching regulator for the OLED display is boosting the voltage to 11.5 volts, which is higher than what it should be doing. Other displays usually call for 9-10 volts, so the high voltage seems to be causing a direct short on the screens.

Even though I don’t understand everything in the teardown, it was really interesting to read. This guy is like the Mooch of internal device components. I highly recommend following BadConductor on Reddit. He’s also accepting broken devices for teardowns. I’m assuming he’s looking for devices that are newer and more popular, since these reviews are designed to prevent people from buying bad products, so if you’ve got something to send, please do. I’d love to see this guy keep putting out these crazy thorough teardowns.